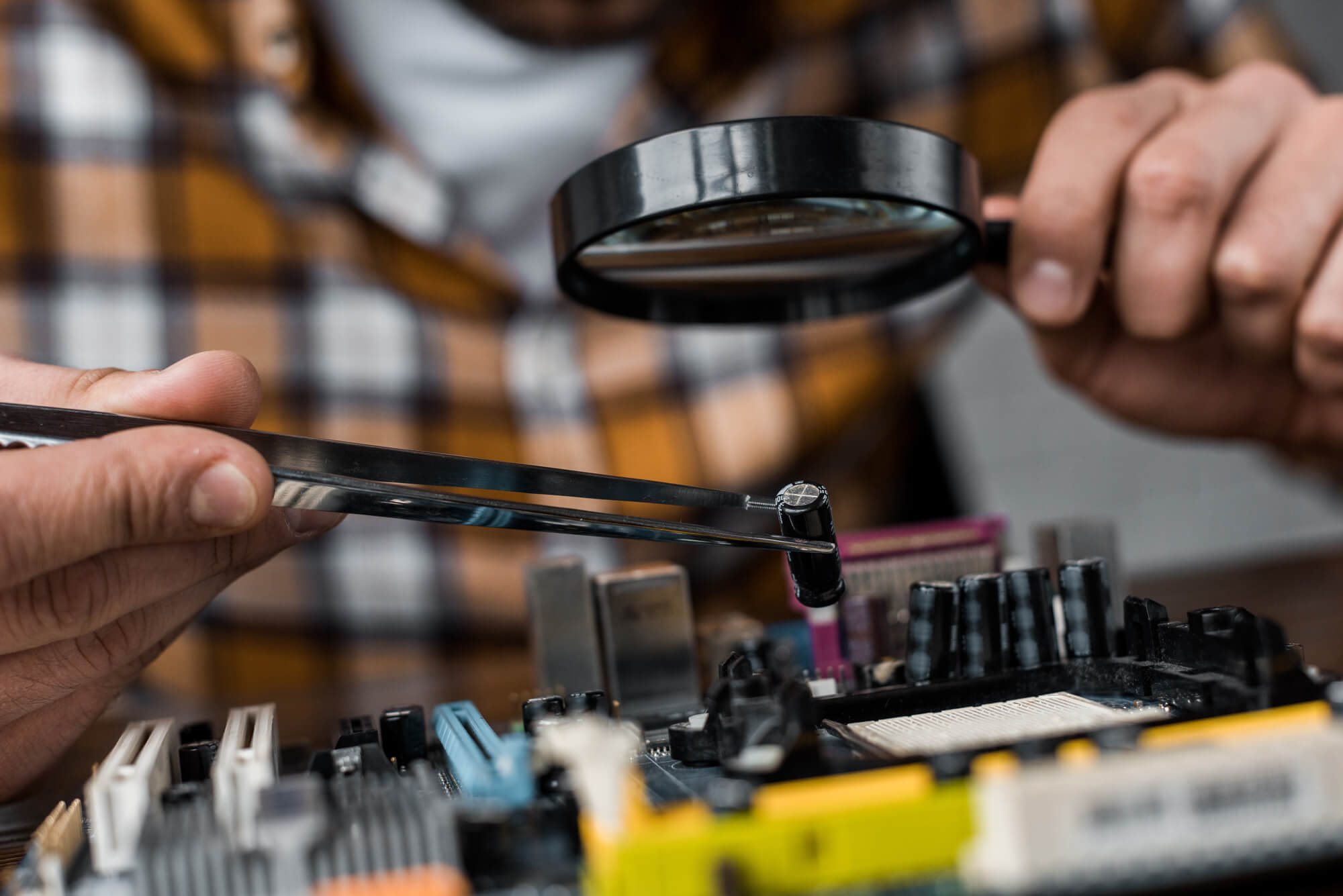 Grinnell and the Transistor

The semiconductor industry has evolved greatly over the years. While it started with the occasional Germanium semiconductor, it’s transformed so that there are many different materials your chip can be made from: everything from InP wafers to chalcogenide perovskites are possible today.

While you might expect the earliest understanding of this technology to come from MIT or Silicon Valley, it actually came from a small town: Grinnell, Iowa. What made this town the perfect place to understand the impact of semiconductors, and why was that so important? Let’s discuss!

The Invention of the Transistor

When the transistor was first invented at Bell Laboratories, it showed promise. While it performed the same function as a vacuum tube, it offered many advantages over it. Compared to vacuum tubes, transistors are:

There was only one problem. Bell Laboratories couldn’t figure out how to mass-produce them, which greatly reduced their potential commercial impact.

While transistors would go on to become perhaps the most important development in the history of microelectronics, at the time, it was treated more like a curiosity.

Grant Gale and the Transistor

If most of the world noted the development without understanding the gravity of its impact or pushing to study the new device, this begs the question: what made Grant Gale so interested in it?

The answer to that question lies with his personal history. He’d gone to the University of Wisconsin with John Bardeen, one of the inventors of the transistor. In fact, the two had been exceptionally good friends.

His personal connection gave him the idea to reach out to the inventor, as well as the president of Bell Laboratories. It was this correspondence that allowed him to receive some of the earliest transistors invented.

As a college professor, he wasn’t interested in the telephone industry’s difficulties mass-producing the device. Instead, he used it to teach students about solid-state electronics.

This is important because one of his students was Robert Noyce, one of the people responsible for the integrated circuit, who would later go on to cofound both Fairchild Semiconductor and Intel.

Interestingly enough, it’s here that the history of semiconductors intersects with the history of Luaus. In the aftermath of World War II, luaus had become popular as veterans came home with some knowledge of culture in the South Pacific.

A group of Grinnell kids wanted to have a proper luau, but in order to do so, they needed to obtain a pig. Robert Noyce volunteered, along with a friend. They snuck onto a farmer’s property and stole the pig. The kids cooked it that night and enjoyed the luau, but the next day, they felt guilty.

They went to the farmer and confessed to the theft, expecting to pay for the pig and move on with their lives. As it turns out, the farmer was upset enough to bring criminal charges against the boys.

At this point, Robert Noyce was in danger of getting expelled from college, which would radically change the course of his career, as well as the course of the semiconductor industry.

Grant Gale to the Rescue

Luckily, he was already well-regarded by Grant Gale, who had some prestige in the community because of his job as a college professor. Robert Noyce had been a precocious high school science student, and in fact, he’d been allowed to take one of Professor Gale’s college freshman classes, even though he was still in high school.

When Gale heard that Noyce was in trouble, he spoke to the farmer, the town mayor, and the college administration, all on behalf of Noyce. This led to the criminal charges getting dropped. He also convinced the administrators to suspend Noyce for a semester instead of expelling him.

This makes Gale one of the unsung heroes in the history of semiconductor development.

Gale’s intervention allowed Noyce to finish his bachelor's degree. Once he graduated, he was accepted into MIT, where he wanted to continue his studies with transistors. To his surprise, there weren’t any transistor courses being offered when he arrived in 1948.

While his thesis revolved around solid-state electronics, most of the MIT faculty regarded the transistor as more a novelty, as opposed to a serious research instrument. By the time he graduated in 1953, the importance of the transistor was becoming clearer.

Many companies were looking for people who already had a basic understanding of the field, which gave Noyce his pick of jobs to choose from. This eventually enabled him to land at the Shockley Semiconductor Laboratory, which was the center of semiconductor development in the early 50s.

More than anything else, this story might best illustrate how important Grinnell, Iowa was in the development of semiconductors. A Grinnell high schooler learned how important transistors were years before his MIT professors!

While the importance of the transistor would’ve been figured out regardless, Noyce was integral in the decision to use silicon for semiconductors. His countless innovations might’ve looked different if envisioned by another inventor.

This is to say nothing of the two major semiconductor businesses he founded, which may have pursued different strategies if headed by someone else.

Although Robert Noyce never moved back to Grinnell, the town didn’t forget him. Grinnell College’s science building is named after him, and it was this period that cemented Gale’s status as a “towering campus figure.”

Wafer World is here for you. For decades, we’ve served clients with our state-of-the-art wafer manufacturing facility. We’re constantly on the cutting edge, looking for the materials and manufacturing processes that will help our clients get semiconductors suited to their needs.

Have any questions about what we can do for you? Ready to get a quote on a wafer you can’t find on our site? Please don’t hesitate to reach out to us via our contact page. We’re always happy to help businesses get a better understanding of their wafer needs.