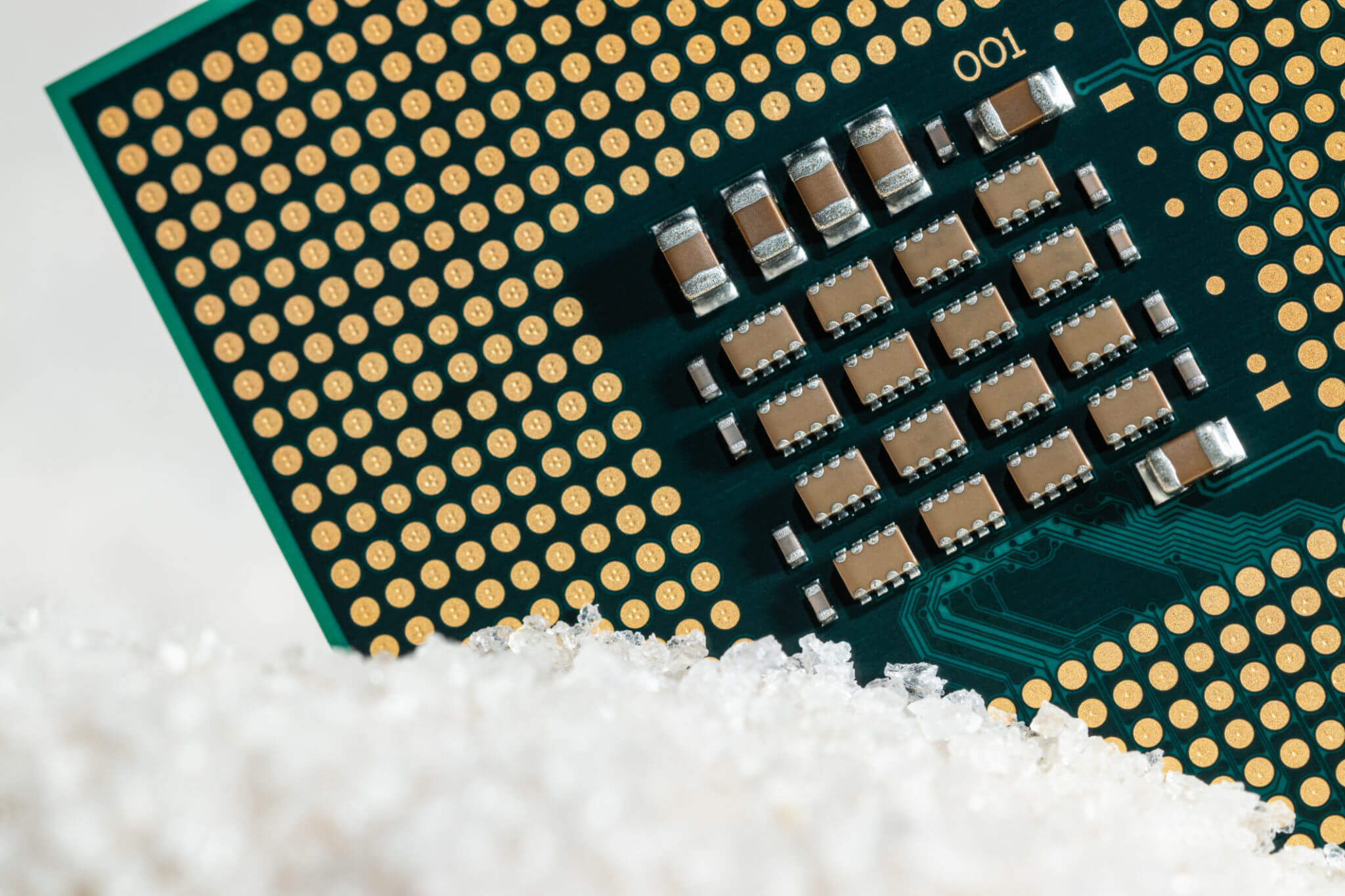 Instead of focusing on the many wondrous applications of Si wafers, let’s dive deep into what silicon is. Set aside the essential elements for survival, silicon is the most valuable. It’s in most of the products we buy and use daily. Therefore, let’s explore what the second most abundant element is!

The History of Silicon

The true origin of silicon use dates back to the ancient Chinese. For them, silica aided with making various jewelry such as beads and necklaces. Knowledge spread to the Egyptians and the world beyond. Since 1811, applications have been shifting to more and more technological uses.In 1824, chemist Jöns Jacob Berzelius discovered silicon by heating potassium chips. Fast-forward to now, and the process of making silicon hasn’t changed a great deal. Instead of potassium, silicon manufacturers melt silica sand.Despite discovery dating back to 1824, it wasn’t until several decades later when scientists obtained the silica crystal. Then, in 1854 the ever-important crystalline structure for Si wafers paved the way for pure silicon manufacturing efforts.

The Basics of Silicon

Silicon’s atomic number is 14 on the periodic table, and its symbol is Si. The word silicon as we know it today is not the original term. In Latin, ‘silicon’ is the English translation of silex or silicis. Today we see these words as meaning silica and silicon.

The only element more populous than silicon on earth is oxygen. 28% of the earth’s crust is silicon, while the remaining elements are each under 10%. Losing the other elements from the crust would kill the soil content but removing silica would cause the ground to crumble beneath you.Miners in search of silica focus their efforts on sand. Many first think of the sand covering beaches, but that’s brown sand. Silicon comes from silica sand, or quartz sand, and is very different.As you wade into the ocean, the sand between your toes contains 80% SiO2, while quartz sand contains no less than 95%. The difference in impurity percentage makes beach sand ineffective. It will never reach the required purity for high-demanding technology such as fish finders, gaming consoles, satellites, and many others.Silicon is also in the vacuum of space. Our moon, Luna, consists of the same elements found in earth’s crust in comparable numbers. Additionally, silicon forms like silica and silicates may have mineable quantities on several planets, planetoids, and adrift through space as cosmic dust.If you’ve played spacefaring games, you may have had to mine a planet or asteroid for various precious metals and resources. Since 2011, this has slowly become a reality. Many privately-owned companies are trying to unlock the treasures hidden throughout the galaxy.So, what would this mean for wafer shortages? Regardless of scalpers, the demand for silicon is at an all-time high, and companies can’t match demand. Perhaps reaching for space will provide answers in the future. Additionally, space mining sounds like a pretty cool job.It may be possible to harvest enough silica to sustain the latest gadgets in the future. If possible, scalpers may finally lose their edge. Additionally, such shortages wouldn’t cause projects to stall out, such as newer consoles, phones, TVs, and cars.

Is Silicon Metal or Nonmetal?

Taking a look at the periodic table shows 118 elements while only 94 are naturally occurring. Each element is a part of a category (metal, nonmetal, and metalloid). The table has a jagged line from Boron (B) that runs down like stairs toward the bottom right corner. This is the dividing line of the three categories.Those to the left except for hydrogen (H) are metals, and to the right are nonmetals. But, the majority of the elements hugging the line are metalloids. These are neither metal nor nonmetal yet share various qualities of each. Depending on what side it’s on determines which it resembles more.

We see, touch, and use metal each day. Our silverware, phones, and vehicles all contain various metallic elements. Properties shared amongst them are:

Similar to metals, nonmetals are an integral part of daily living. Common nonmetals are chlorine, hydrogen, helium, and oxygen. Qualities of these include poor conductivity, brittleness, and can be in any state at room temperature.More uses for nonmetals include:

There are six metalloids, and several are capable wafers or dopants. Since these aren’t true conductors or insulators, making them semiconductors. Much as metals are in phones and laptops, no modern gizmo or gadget would function without Si wafers. Despite discovering silicon as we now know it, Berzelius was puzzled by it. He and Humphry Davy, a fellow chemist, disagreed on what Si was. Berzelius argued it was metal while Davy a nonmetal. The confusion lies in silicon being a better conductor than nonmetals but a poorer one than metal.Known metalloids are:

How Do Semiconductors Work?

Manufacturers need to verify its purity before a silicon block turns into a wafer and becomes a part of a semiconductor. If the wafer aims to become a component for an electronic, it needs to be 99.9999% pure. The wafer must be doped for this to work, which results in either an n-type or a p-type semiconductor.Did you know that the primary function of semiconductors is to restrict and maintain electrical currents? Each time you click a button, it fires off a command which works due to wafers blocking and rechanneling current.

Are You Looking for Si Wafers?

We have been in the Silicon Wafer industry servicing many customers since 1997. Our company handles relations with companies in nearly 50 countries. If you have any questions or would like to request a quote, contact us today. We have the knowledge and expertise to answer your questions and provide the best, high-quality wafers around. See how we can help you today!