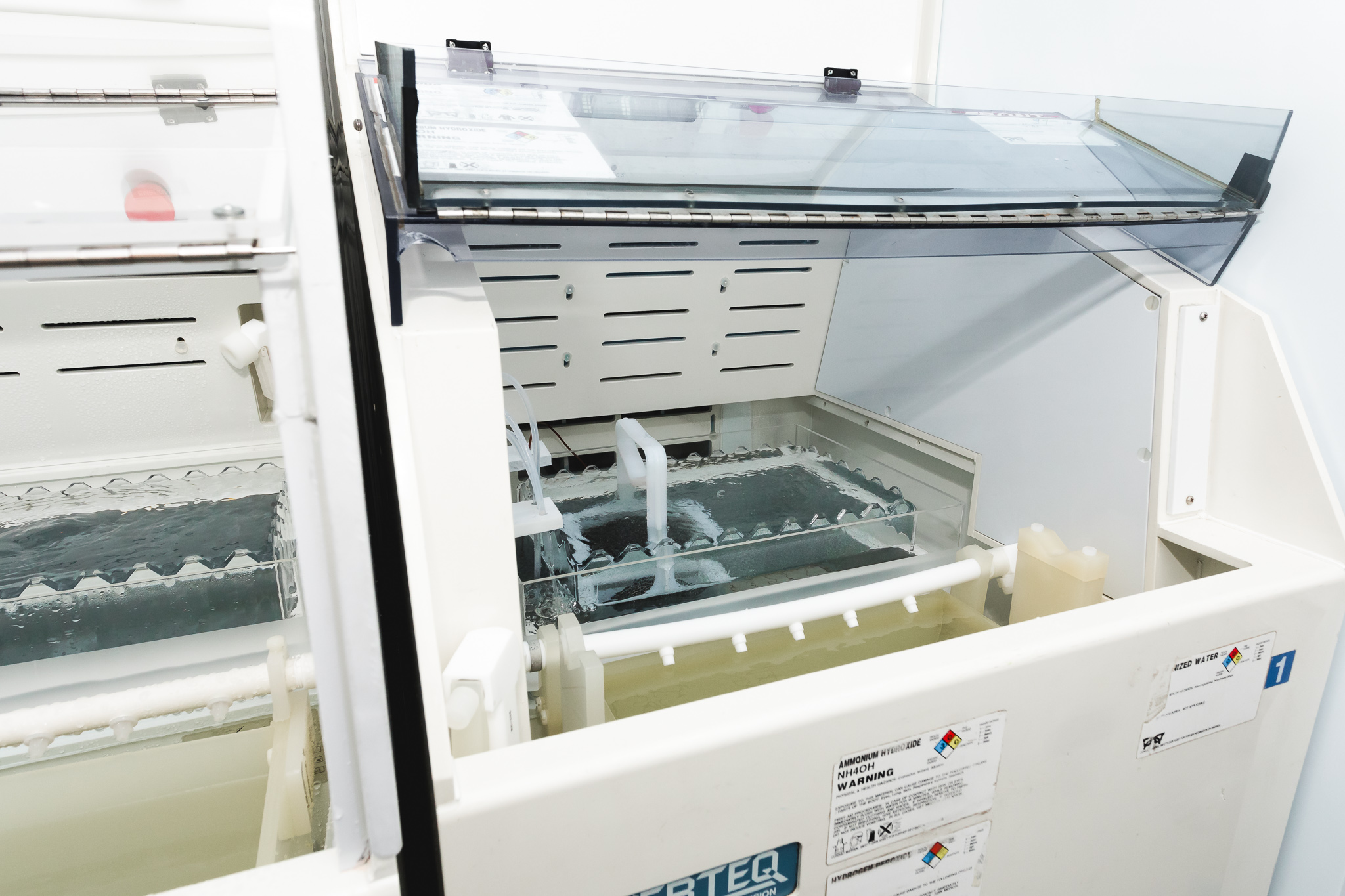 How Is a Microchip Made?

Did you know that the process of creating a microchip is an extremely complex undertaking? A typical modern microchip can have up to a hundred layers of semiconductor crystal aligned on top of each other with nanometer precision. However, to produce these tiny skyscrapers, manufacturing companies need to buy a silicon wafer that acts as the base for the chip.

The Process of Creating a Microchip

The chip starts as a substrate or a thin slice of a silicon wafer. Since the wafers serve as the base on which microchips are embedded, they’re known to be the heart of electronic devices. To make wafers, pure silicon crystals are grown into long cylinders before they’re cut into thin slices.

Next, a non-conducting layer of silicon dioxide is deposited on the surface of the wafer before covering it with another protective layer of a photosensitive chemical called a photoresist. Moreover, ultraviolet light is used to shine on the photoresist through a mask or a patterned plate.

As the areas that were exposed to the light harden, the unexposed areas of the photoresist are removed through the process of etching.

During the doping process, hot gasses are used to reveal the silicon dioxide base underneath the photoresist. The result is a template pattern with varying depths that show the areas of n-type and p-type silicon. More masking and etching may be performed after doping is completed.

Each chip that was embedded in the silicon wafer is tested to ensure correct performance. A computer-controlled testing machine runs a long metal connection that leads to the terminals of every chip. The chips that don’t work as expected are marked and discarded.

Good chips that meet quality standards are cut out of the wafers by a saw and placed into supporting packages, ready to be plugged into circuit boards and other electronic equipment.[video width="1920" height="1080" mp4="http://waferworld.yourdigitalresource1.com/wp-content/uploads/2021/07/waferworld-germaniumexplainervideo.mp4"][/video]

Looking to Buy A Silicon Wafer?

At Wafer World, you can expect nothing less than reasonably priced, top-quality wafers. Contact us today for inquiries or to request a quote!