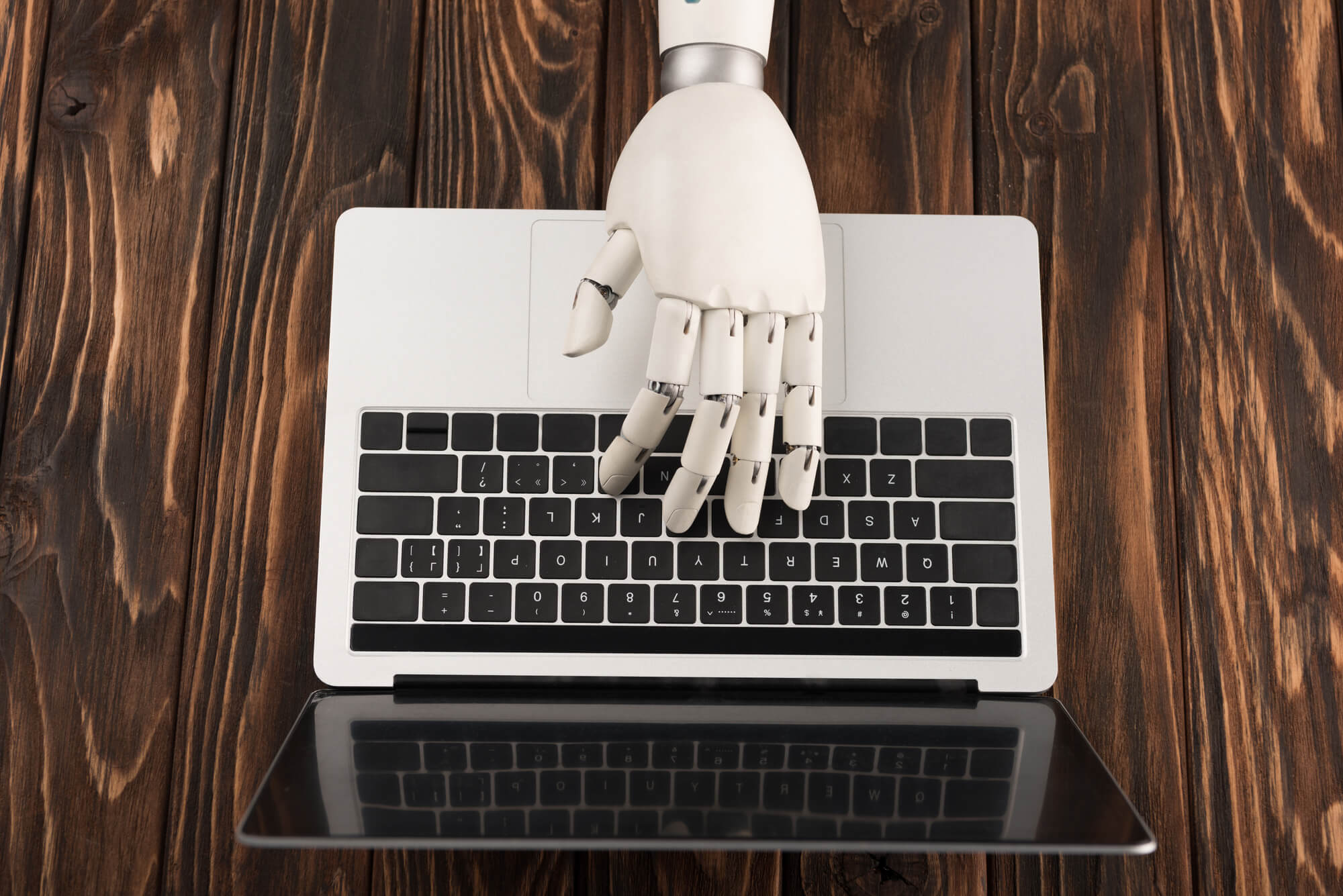 We’ve been in wafer manufacturing for a long time. That experience means we’ve had a front seat for many of the technical innovations that have occurred over the last several decades, nearly all of which have been powered by the ever-expanding potential of semiconductors.

Today’s cellphones have more computing power than supercomputers in the 50s. Many people are already aware of the ever-increasing power of technology, which has led to concerns about humans being replaced by robots.

In fact, the percentage of Americans who believe AI will be bad for society is higher than the number of people who believe it will be good. There are many factors that go into this statistic – for instance, the same report states that college-educated adults have a more favorable view of AI, compared to those who do not have a college education.

That said, it also speaks to a broader problem: the idea that AI will take jobs or even conquer humanity is rooted in the idea that AI is a superior version of humanity. Of course, the way that AI thinks is actually very different than that of humans.

Today, we wanted to dig into those differences and explain what you might be able to expect in the coming decades.

To understand the difference between AI and humanity, it can be useful to look at the problems they’re best at solving:

Essentially, computers are able to use their raw computational power to solve problems more exactly than humans. Humans, however, are better able to navigate doubt and ambiguity.

This makes sense when we consider one of the fastest-growing areas of AI: neural networks. These networks allow AI to train and solve problems much faster than a human ever could, but they are not as accurate as they would need to be in life-or-death situations.

What Games Tell Us About AI Thought Processes

Of course, even if there are some areas where machine cognition will struggle to work the way that human cognition does, it’s also true that machines have already vastly surpassed human cognition in many areas.

Games have provided us many interesting case studies here.

In the 1990’s, it was a major signal of AI’s potential when Deep Blue beat Garry Kasparov. That said, chess as a game has two elements that work in the favor of AI:

AI has become an increasingly important tool used by poker players. While players are not typically allowed to get AI assistance during the game, they often practice against it. Before AI was used in training, an emphasis was often placed on gut feelings and reading other players.

Good poker players could understand what cards players were likely to have based on how they played. AI, however, plays poker as a game of odds. Regardless of the hand you have, you should call or fold a certain percentage of the time, to keep other players from predicting your next move.

Strategies like these have proven very effective, even as poker’s old guard has been frustrated. Although the strategies allow players to win more easily, they also feel out of line with the spirit of the game as it used to be played.

It has proven remarkably effective if it’s allowed to move and perceive how it wants, but this is in no small part due to two facts:

When AI is forced to wield a camera, it is currently unable to beat human players. That said, with enough training, experts predict that it will eventually learn how to move the camera effectively.

Of course, people were afraid of artificial intelligence long before we had anything resembling it. These fears have fueled many of the most influential science fiction movies, including:

These depictions tend to draw strong parallels between machine cognition and human cognition, suggesting that machines would get mad at their human overlords and fight against them. Given what we know about the differences between humans and AI, this begs the question: what are these movies really exploring?

Science fiction author Ted Chiang has an interesting answer: he states that most AI in science fiction is actually a metaphor for corporations. The rapacious hunger of these financial machines, their inability to perform self-reflexive insight, and the way that they oppress humans are all already realized in our day-to-day lives.

Your mileage may vary regarding this theory, but it’s interesting to consider when trying to determine why the AI in movies is so different than the AI that researchers are developing.

Looking for a Wafer Manufacturing Company?

You’ve found it! At Wafer World, we’re proud to supply silicon wafers, germanium wafers, and more. Our state-of-the-art manufacturing facility has been serving countless clients for many years. Whatever you’re looking for, you can rest easy knowing we have it.

Please don’t hesitate to reach out to us today. We’re happy to help whether you’re looking to get a quote on a type of wafer you can’t find on our site, or you would like to learn more about our manufacturing facilities.