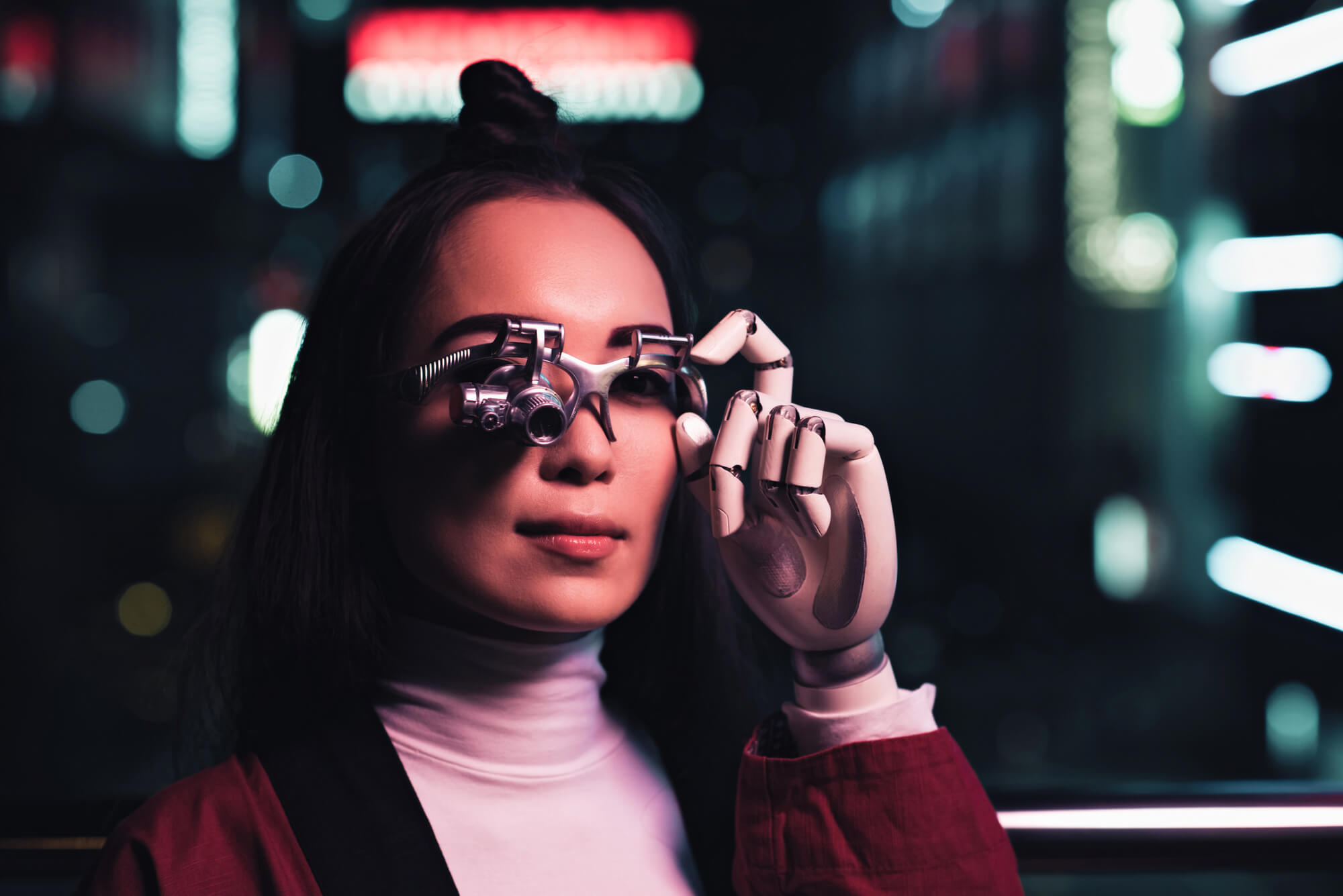 The Relationship Between Science Fiction and Computers

For a long time, science fiction has been debating the problems of computer technology. While it didn’t manage to predict something as specific as GaAs reclaim wafers, it did predict many of the technologies that wafers power.

For instance, Jonathan Swift wrote of a fictional computer centuries before humanity actually managed to create one. To this day, many scientists, engineers, and researchers look to science fiction for ideas and inspiration.

Therefore, we thought it would be interesting to look at the relationship between science fiction and computers: both the aspects of computers it predicted, as well as the aspects it has failed to grasp.

Cyberpunk arrived during an interesting moment in the development of computers.

One of the movement’s earliest and most influential stories, William Gibson’s “Burning Chrome,” was published in 1982: after personal computers had been invented, but before they achieved significant market penetration.

On the one hand, the cyberpunk movement foresaw how important computers would be as they conjured up images of an all-encompassing internet.

Snow Crash’s Metaverse, for instance, is held up as a major inspiration by Mark Zuckerberg.

On the other hand, cyberpunk largely failed to understand the speed of technological change.

Snow Crash takes place in the mid 2010’s, yet the technology that it envisioned isn’t possible yet: while the social structure of the Metaverse feels like a throwback to Second Life, our VR technology isn’t as advanced as Neal Stephenson’s novel would suggest.

“Burning Chrome” is another example of this, since it imagines that a massive internet-like network could run with significantly less data than it would actually require.

These discrepancies can be explained by the fact that many of these authors aren’t scientists or technologists; they’re storytellers.

Science fiction hasn’t provided scientists or researchers with schematics on how to build the future. Instead, it’s encouraged people to ask a vital question: what would the world look like with just a little more technology?

Traveling through the stars has long been the dream of science fiction writers, ever since Ancient Greek author Lucian of Samosata wrote about it in True Story. For many years, this dream was treated more as fantasy than science fiction.

However, the excitement generated by science fiction served as an inspiration for researchers to keep looking up at the stars. Luminaries such as Edwin Hubble have gone on record saying they wouldn’t have been as interested in space if not for science fiction.

In fact, Walter Cronkite of CBS News invited both Robert Heinlein and Arthur C. Clarke to discuss the moon landing as it happened, because science fiction writers were seen as having an important perspective on the way that technology has changed a society.

Both men were able to help viewers make sense of the massive computing power and physics ingenuity required for man to travel the stars.

Wafers have been so integral to the success of space missions, NASA put significant research into improving their capabilities.

While science fiction offers many scientists inspiration, there are also areas where it has difficulty imagining and understanding the nuances of computer technology. It’s important for all of us in technology industries to understand the ways that science fiction can lead our thinking astray.

Contrary to some news headlines, AI is unlikely to turn evil and take over the world. While this might be dramatically exciting, it doesn’t speak to the most exciting real-world applications of AI tech.

AI doesn’t function like the human mind. While some interesting research has been done into imprecise computation, as a general rule computers don’t think like people. There’s no reason for them to want to take over the world.

Instead, wafers allow for extremely precise, high-level computation that humans would never be able to do by themselves. Wafers are an important aspect of this, since the chips that are cut from them are responsible for AI’s “intelligence.”

Science Fiction and the Struggle to Understand Relationships Between Technologies

It’s much easier to predict a piece of technology than it is to understand how multiple pieces of technology will interact with one another. This is one of the major areas where futurists have to do the most work.

Instead, many science fiction authors see themselves as writing of their contemporary moment. Whereas many authors in the Golden Age of Science Fiction were science-minded, the New Wave movement of the 60’s and 70’s, for instance, was more focused on social movements.

That said, it’s common for books written about a contemporary moment to speak to various ages.

Frank Herbert’s Dune series is a fantastic example. While it was inspired by the author’s real-life research on ecology, and while it managed to create a world that imagined humanity abandoning computers because they’d become too powerful, the book is still seen as speaking to the present day.

In fact, many field commanders say that it inspired their thinking on irregular warfare, such as what was seen in Vietnam.

You’ve come to the right place! At Wafer World, we’re committed to helping all our clients get the wafers that are best suited to their needs. Along with the wafers we offer on our website, we’re also happy to manufacture wafers customized to your specifications.

To learn more, please don’t hesitate to reach out to us. Our representatives are always happy to help businesses understand how the right wafer can make a difference. We’re happy to answer any questions you have about our facility.