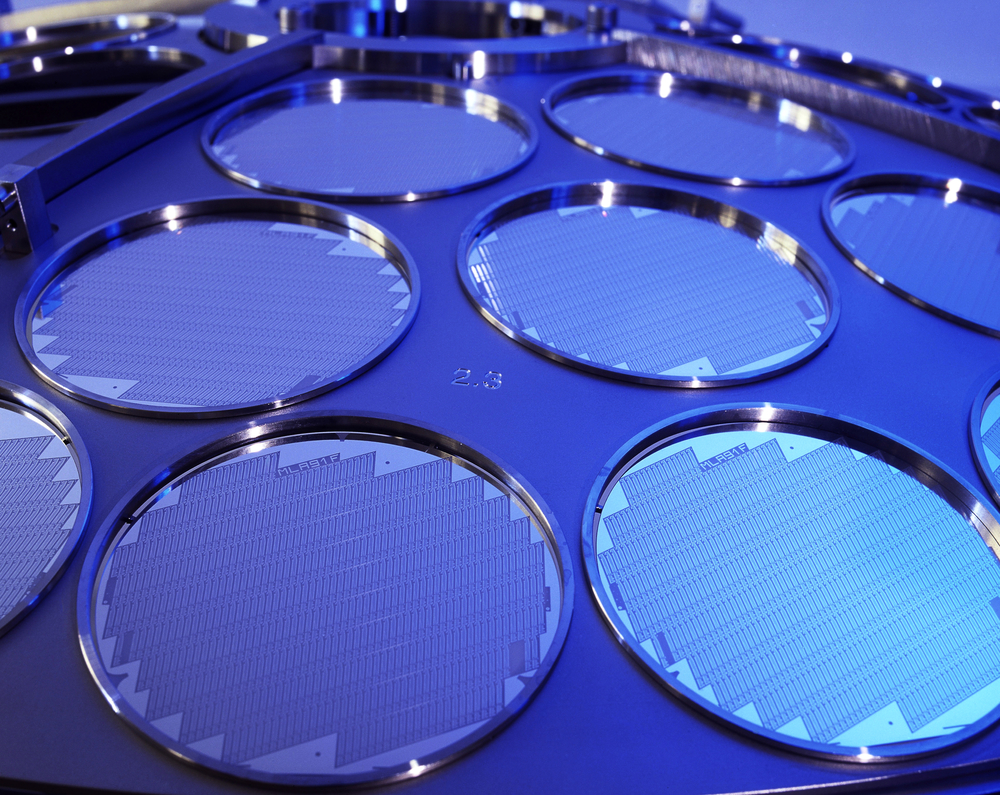 Silicon (Si) is the most commonly used material in the production of semiconductor devices because of its low raw material cost and simple manufacturing process. Silicon’s ability to perform well even at high-temperatures is what makes it desirable. The silicon wafer used in semiconductor device fabrication has a diameter of 300 mm or 12 in. Silica sand goes through silicon manufacturing to produce extremely pure single crystal silicon.

Gallium Arsenide (GaAs) is used for high-speed devices, except that it has been challenging to create large-diameter bowls of this material, which limits the wafer diameter sizes into smaller sizes compared to silicon wafers. This makes its mass production more expensive compared to silicon.

Germanium (Ge) used to be the most commonly used material in semiconductor fabrication, but because of its thermal sensitivity, more companies opt for silicon. Today, germanium is combined with silicon for extremely high-speed devices.

Semiconductor devices in the form of a transistor can be utilized as a component of logic gates, which is beneficial in designing digital circuits, like microprocessors. It also acts as a switch (on-off). It is also used in solar cells, light-emitting diodes as displays in digital clocks, microwaves ovens, and other electronic devices, and semiconductor lasers in automatic doors, bar-code readers, and fiber-optic communications devices.

Where to Find a Silicon Manufacturing

Semiconductors made from silicon show the most benefits among other materials. Wafer World can provide you with high-quality wafers and silicon manufacturing at the best price possible. Call us for inquiries or visit our website to purchase wafers online!