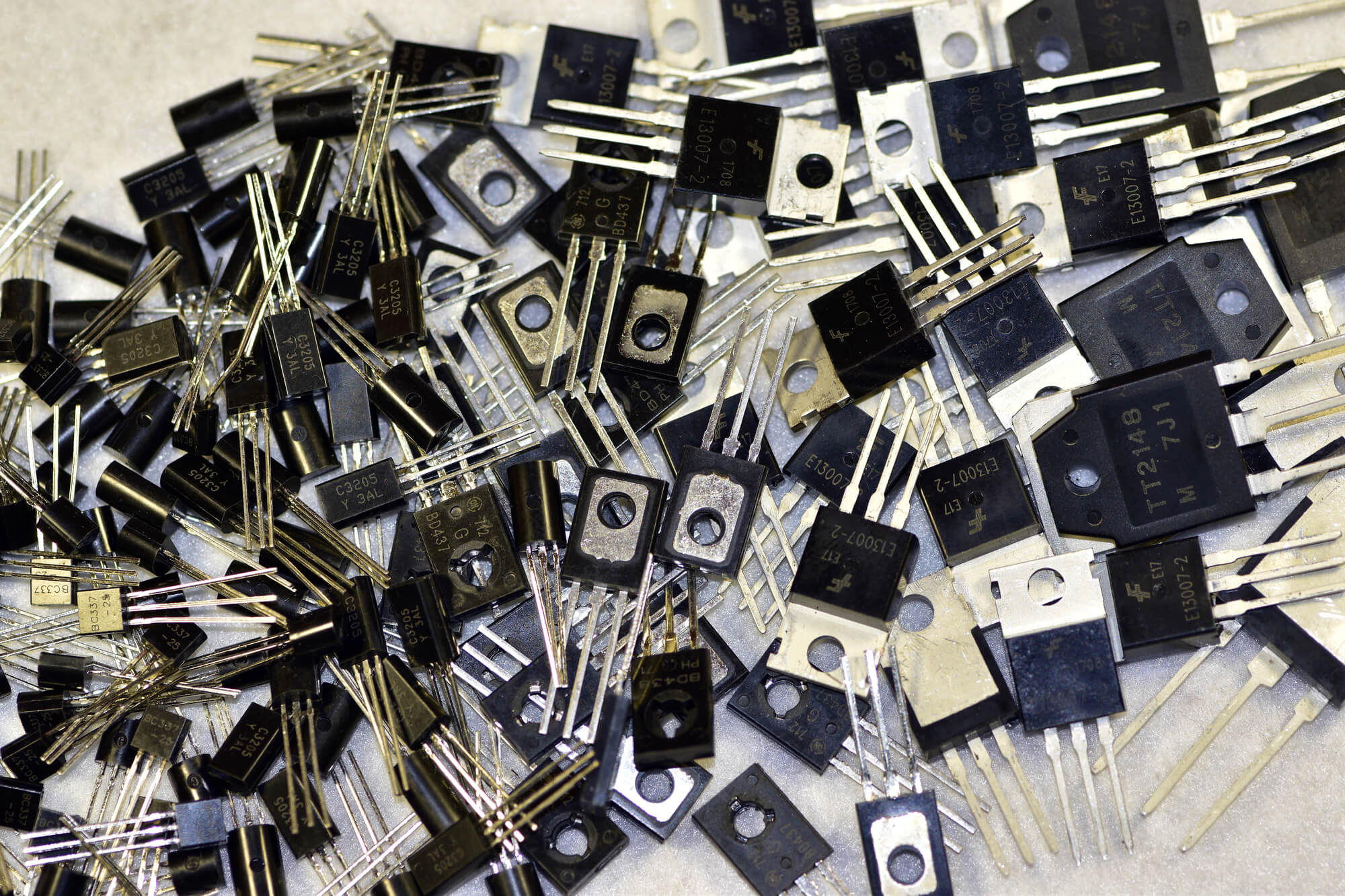 How Many Transistors Are There in the World?

As we’ve covered extensively on this blog, the world is reliant on transistors. Moreover, the world becomes more dependent every year, as many of the computing devices we use come to require an ever-growing amount of computing power.

That said, recent history has shown us the problems that can occur due to the complicated semiconductor supply chain: a natural disaster or factory shutdown in one region can have ramifications for the world’s ability to buy computerized devices.

As we examine these facts, it’s worth noting two questions:

In this article, we’ll discuss both these questions.

How Many Transistors Are There in the World?

No one has gone out and counted each transistor ever created. That said, experts can make a pretty good estimate based on the fact that memory tech accounts for at least half of the transistors that have been produced.

This leads experts to estimate that 13 sextillion transistors were manufactured from their invention in 1947 to today. That number was up from 2.9 sextillion in 2014, which shows just how exponentially transistor production is growing.

Transistors do not come with expiration dates, and in many cases they can last much longer than a human lifespan. The very rare cases of failure can be a sign of aging, but this isn’t so much because they’ve expired: instead, it’s a sign that something else is wrong in the device which has put undue stress on the transistor.

Can Transistors Be Reused or Recycled?

The industry is not currently able to recycle transistors. Duke University has put out some promising research regarding the possibility of recycling transistors in the future, which would use a “wood-derived insulating dielectric ink called nanocellulose” for its insulative properties.

That said, there are several reasons why the work is theoretical and not ready to be put into practice.

The current model of recyclable transistors makes them much too big – which puts them in direct opposition to the current trend, which is for transistors to get ever smaller so that they can provide better, cheaper computing power. The technology it relies on also isn’t nearly as long-lasting.

While we could hypothetically manufacture these transistors in the near future, this would lead to much less computing power and much bigger devices. Obviously, this isn’t currently tenable given current market desires.

In the meantime, the fact that we can’t recycle transistors greatly increases the number of them that need to be manufactured each year.

Are We Going to Run Out of Transistor Material?

Given the fact that so many transistors are produced every year, but they can’t be recycled, you may be wondering: are we at risk of running out of the materials used to make transistors?

Thankfully, there’s no reason to worry. There are a variety of materials that can be used to make transistors, but the most popular, silicon, is the second most common element in the earth’s crust. There is no risk of running out of it.

How Many Transistors Does a Chip Have?

How many transistors a chip has varies depending on its purpose, as well as when it was manufactured. For instance, a chip manufactured in the 1970’s would be powered by thousands of transistors. A chip today is more likely to be powered by billions, with some of the most cutting-edge chips containing 60+ billion.

How Many Transistors Need to Be Produced to Keep Up with Demand?

It’s difficult to predict how many transistors will be needed in any specific year, or even worse, how many transistors will be needed for each individual use case. This is one of the reasons why the semiconductor industry can be very difficult for businesses: they can only make a profit if they accurately predict demand for the specific kinds of semiconductors that manufacturers want.

That said, demand for transistors grows exponentially on a year-by-year basis. In 2014, eight trillion transistors were produced every second. That meant that 25 quintillion (i.e., a billion billion) of them had been produced by the end of the year.

Suffice it to say, we’ll need many transistors. That said, it’s also possible that transistors could be supplanted by a more efficient technology, like optical switches.

Is It Possible to Create Devices That Need Less Transistors?

Yes, it is possible to create devices that need less transistors. In fact, that’s just what the automobile industry did when the semiconductor shortage severely constrained the cars they were able to bring to market.

Can We Use Vacuum Tubes Instead of Transistors?

Before transistors, vacuum tubes provided power to electronic devices like TV sets. In fact, the evolution from vacuum tubes to transistors was actually the reason why Iron Man’s suit was supposed to be so powerful back in the 1960’s comics.

While vacuum tubes were still used in TVs even in the early 2000’s, we’re unlikely to utilize this technology again. Along with being smaller than vacuum tubes, transistors are also more energy efficient and less likely to give off excess heat.

You’ve come to the right place. At Wafer World, we’ve been manufacturing high-quality wafers for decades. This experience has given us a deep understanding of the industry. Our cutting-edge facility ensures that you get premium wafers perfectly well-suited to your needs.

Have any questions about what we can do for you? Would you like to request an estimate for a wafer you can’t find on our site? Please don’t hesitate to reach out to us. We’re always happy to help business owners take advantage of the benefits that the right wafer technology can offer them.