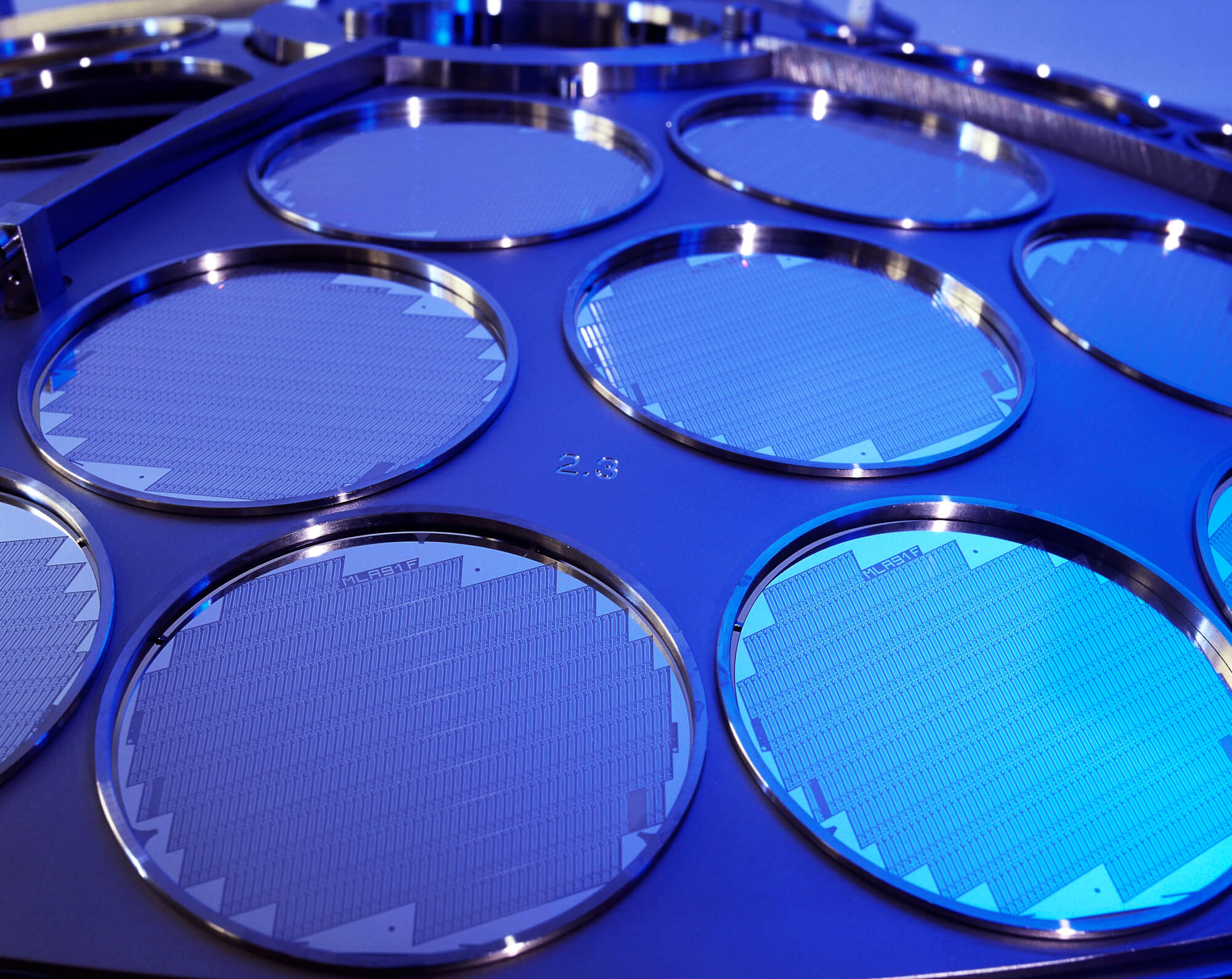 The Process for Fabricating Circuits on a GaAs Wafer

How are Circuits on a GaAs Wafer Fabricated?

Optical lithography is the process of fabricating circuits on a GaAs wafer through printing. It uses ultraviolet or visible light to create patterns on the wafer’s surface. Printing utilizes patterned masks to cover areas of the wafer that shouldn’t be exposed to light.After its exposure to light, it must be soaked in a developer solution so that the pattern on the wafer appears. Once the pattern surfaces, it’ll be easier to identify which areas of the wafer are exposed to material removal.

About Negative and Positive Photoresist

Negative and positive photoresist are the two types of photoresist materials used in the fabrication of circuits on a GaAs wafer. Positive resists dissolve easily in a developer when exposed to light, while negative resists are less soluble in a developer solution when exposed to light.Negative photoresists have two components: chemically inert polyisoprene rubber and a photoactive agent. The photoactive agent reacts with the rubber when exposed to light. This stimulates cross-linking between the rubber molecules that make them less dissolvable in a developer solution. This procedure is carried out in a nitrogen atmosphere.Positive photoresists also have two major parts: resin and a photoactive compound that is mixed in a solvent. The photoactive compound in its beginning state is an inhibitor of dissolution. Once it’s been destroyed by light, the resin becomes dissolvable in the developer solution.

Do You Need a GaAs Wafer?

Optical lithography is an essential step in wafer manufacturing. It forms patterns on a GaAs wafer's surface to create circuits. If you're looking for high-quality GaAs wafer, you can get them from Wafer World! You can conveniently purchase wafers online today!