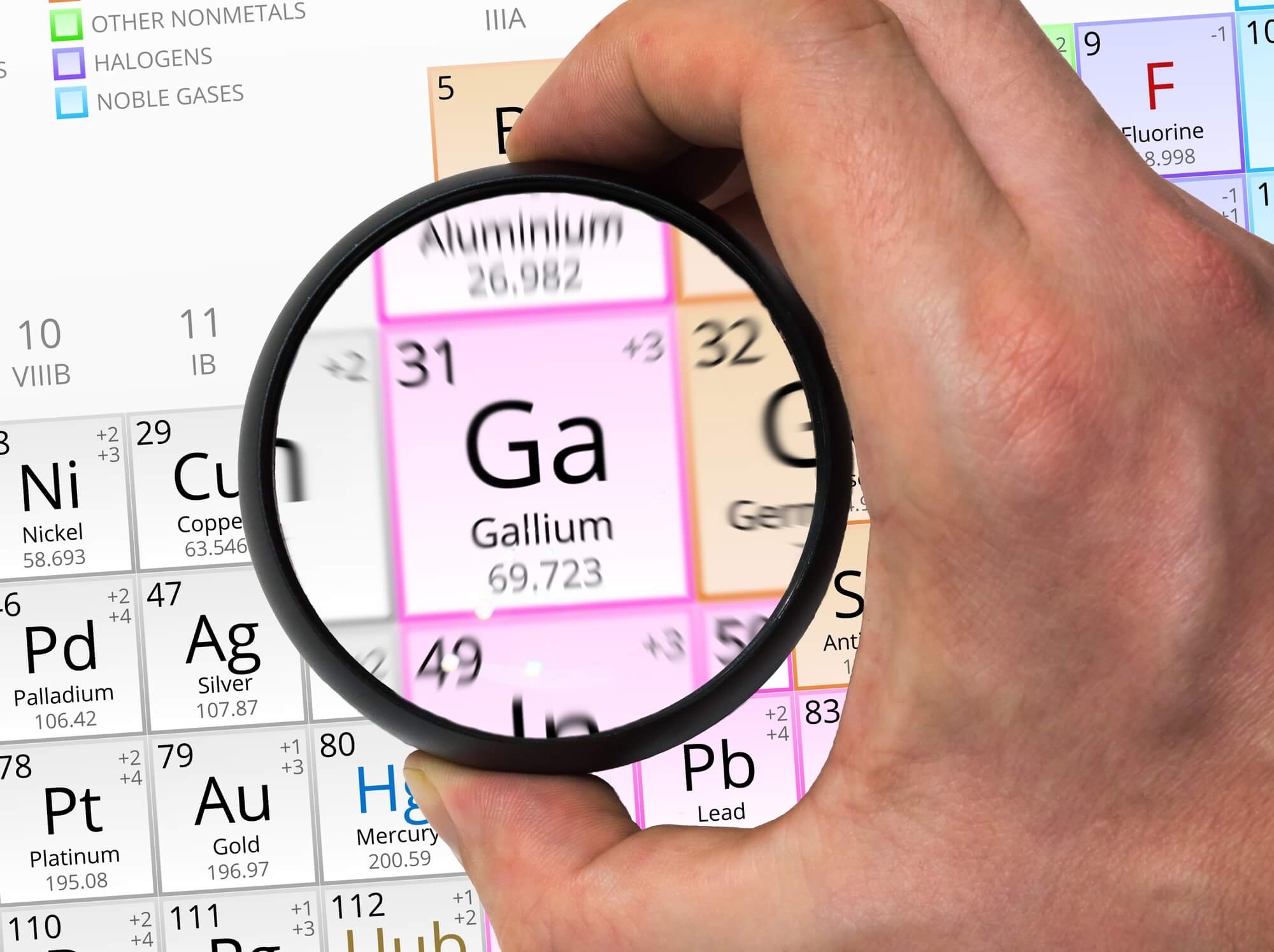 Why Is Gallium Used in Wafers?

While Silicon is the most popular material for semiconductors, Gallium is also very effective. In fact, it often performs better than silicon. The only question is whether its strengths as a semiconductor offset its cost. In this article, we’ll discuss when Gallium is preferable to silicon, the differences between GaAs wafers and GaN wafers, and the importance of GaAs reclaim wafers.

We hope this helps you determine whether Gallium is the right material for your company’s wafers.

When Is Gallium the Best Material for Semiconductors?

There are many semiconductor materials on the market today, which can make it difficult to determine which one is right for your specific needs.

While it’s always useful to speak with wafer manufacturers, who will be able to give you advice custom-tailored to your situation, there are some general guidelines to keep in mind.

Specifically, Gallium wafers are more effective than silicon. They’re part of the III/V semiconductor class, which means they have both a greater saturated electron velocity and a greater electron mobility.

The two most common types of Gallium wafers are GaAs and GaN. You can expect them to provide higher power and less heat than a silicon wafer would, though the degree to which they do so will vary depending on which one you choose.

Which Industries Currently Use Gallium?

Gallium semiconductors are excellent if you’re working with high frequencies. This makes it especially popular in the microwave and RF fields.

There are also situations where their efficiency is worth their greater expense, depending on the project. For instance, while GaN wafers can cost a hundred times more than silicon wafers, this price is justified when discussing solar panels used on rocket ships or space stations.

LEDs were one of the first objects made possible by GaNs. They were similarly integral to Blu-Rays, which shows that, while GaN is new when compared to other semiconductor material, there has been plenty of time to find many different use cases for it.

As you’re no doubt aware, the silicon semiconductor shortage weakened the automobile industry’s performance in the wake of the COVID-19 pandemic. For this reason, the industry is more amenable to semiconductor manufacturers’ recommendations that they try other semiconductor materials.

Gallium is promising for electric cars because of the way it combines efficiency and power. As it is used in more semiconductors, its price is expected to decrease, making it more economical for the cutthroat automotive industry.

Over time, the industry has discovered uses for both GaAs and GaN. Let’s discuss some considerations to make when choosing between the two most popular Gallium semiconductors.

The Advantages of GaN Wafers

GaN has recently gained popularity within the industry, give the amount of power it can provide to a semiconductor.

GaN’s one big disadvantage is its lack of thermal regulation. Most manufacturers compensate for this by combining it with a substrate that has better thermal regulation. Silicon is frequently used here, both because it has the necessary qualities and because its prevalence makes it cost-effective.

It’s also important to consider the higher cost of GaN wafers. While you shouldn’t expect to pay more than $2/Watt when purchasing GaAs wafers, you can expect to pay $4-5 for GaN wafers. The performance of this substance can be cost-effective, but it isn’t always.

The Advantages of GaAs Wafers

While GaAs wafers aren’t generating the industry buzz of their GaN counterparts, there are still many reasons to use them. The first is that this substance produces minimal internal sound, making it excellent for radio frequencies.

As well, the fact that GaN hasn’t been adopted by nearly as many companies also gives GaAs wafers a cost advantage. They’re produced on a bigger scale, which means you don’t have to pay as much because research into this semiconductor material has had more time to mature.

GaAs offers many of the advantages that GaN does, at a lower price. This makes it excellent if you want to utilize Gallium’s heat-resistant traits, but you don’t need enough to justify GaN’s cost.

Why Is GaAs Reclaim Important?

This is where the GaAs reclaim process comes into play. By reclaiming their wafers, businesses can reduce their semiconductor costs, avoiding supply chain issues that arise when always buying new wafers.

Just as important, it helps the environment, ensuring that wafers are only thrown out when they’re no longer suitable for use. Most GaAs wafers can be reused 2-3 times, significantly extending their lifespan.

Reclaimed wafers are just as good as new wafers, assuming you’re working with a trustworthy semiconductor manufacturer with a rigorous quality assurance program.

Wafer World is here for you. We’ve been in this industry for decades, restlessly innovating to ensure that our state-of-the-art facilities always manufacture the best possible semiconductors for our clients. This includes GaAs reclaim wafers, which give you the power of GaAs wafers at a more affordable price.

While we have many types of semiconductors available on our site, you can also request a quote. Please don’t hesitate to do so. We’re always happy to help business owners find the wafers that are perfect for their needs. If you have any questions, let us know, and we’ll be happy to answer them.